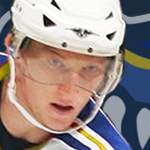 D.1. You can retire with your player at anytime.
D.2. If you retire with your player in off-season, he will not play next season.
D.3. If you retire with your player in season or Play-Offs, he will continue to play and end career after season.
D.4. You can update your retired player only if you haven't made a recreate.
D.5. If you have made a recreate, you can't update him anymore.
D.6. Retiring is defined as posting in the ''Player Retirement'' subforum.
D.7. After retiring, you have 7 days to unretire if you want to.
D.7.1. After these 7 days, player is gone forever and you can't unretire anymore.
D.7.2. You can only unretire once. After second retirement, player is retired and there is no way-back.
D.7.3. If a player unretires in these 7 days, then he loses 20% of their total TPE. From banked TPE aswell.
D.8. Your player automatically retires when he drops under 250 TPE mark after regression. You can't unretire him!
D.9. Your player automatically retires if he is inactive and haven't played in previous two seasons in a row after regression.

G.1. You need to be friendly on forum, so personal attacks will be punished. Personal attacks, trolling in seperate ways, spamming, homophobic comments etc. are not allowed!
1st time - 3 games suspenssion
2nd time - 5 games suspenssion
3rd time - 10 games suspenssion and 1 000 000$
G.1.1. Each next time after third, got same punishment.
G.2. Multiple account aren't allowed aswell. If you have multiple accounts, you will be punished, because you can control only one player and one account.
1st time - 20 games suspension and 3 000 000 $
2nd time - 30 games suspension and 10 000 000 $
3rd time - full season suspension and 20 000 000 $
4th time - autoretire with main player
G.3. Tampering players isn't allowed aswell. Tampering is defined as approaching a player under contract with another team of the public forums, with the purpose of persuading them to join your team. This includes any private discussion involving leaving the team with whom the player is under contract with the purpose of joining the offender’s team Public comments are allowed within reason. For example, no member may offer or discuss a contract to a player currently under contract with another team either in public or in private.
G.3.1. Punishments for GM's/Assistant GM's:
1st time - Loss of next two 1st round draft picks, inability to sign any free agents for one full season, suspension of GM's/Assistant GM's player for 20 games and 5 000 000$ fine for the team.
2nd time - Loss of next three 1st round draft picks and next three 2nd round draft picks, inability to sign any free agents for two full seasons, suspension of GM's/Assistant GM's player for two full seasons (training banned) and 12 000 000$ fine for a team, 5 000 000$ fine for GM/Assistant GM
3rd time - GM released and he can't take any other jobs in the league in next 5 seasons, 25 000 000$ fine for GM/Assistant GM and autoretire with his player
G.3.2. Punishments for non-GM's:
1st time - 1 000 000$ fine and 8 game suspension
2nd time - 2 500 000$ fine, 25 game suspension and can't claim Activity Check and Individual Training TPE for one week
3rd time - 5 000 000$ fine, full season suspension, can't claim ANY TPE and do any PT's for two weeks
Next times can be punished different and harder.
G.4. You can't cheat aswell (Money Stealing/Cheating with TPE etc.):
1st time - 3 000 000 $ fine and -15 TPE
2nd time - 7 000 000 $ fine, -40 TPE and 5 game suspenssion
3rd time - 15 000 000 $ fine, -100 TPE and 20 game suspenssion
Next times will be punished different and harder.
G.5. GM's and other persons who have privilegies to offices, aren't allowed to post private information from them on forum or say to third persons (players):
1st time - 2 000 000 $ fine and 7 game suspension
2nd time - 5 000 000 $ fine and 20 game suspension
Next times will be punished different and harder.
G.6. If user doesn't follow other rules in this rulebook, he will be punished by Head Office and with different punishments.
G.7. All punishments can be different, because Head Office will decide how hard punishment needs to be.

H.1. GM's player automatically goes to their team's roster before the draft. This doesn't use any of team's picks.
H.2. GM's player can't be traded to different team, unless he isn't anymore GM or Assistant GM for this team.

I.1. Team neads to start their backup a.k.a second goalie for at least 10% regular season games. For example, if there is 50 games in regular season, backup goalie needs to start at least 5 games.
I.1.1. If team/GM doesn't do that, that ends up as a punishment:
1st time - 2 000 000 $ fine for next years budget
2nd time - 3 000 000 $ fine for next years budget and 3 game suspension for GM's player
I.1.3. If GM fail to do this three seasons in a row, he will be fired.
I.2. GM's have to know deadline times: trade deadline, time when you need to finish budget, player regression, roster and other works. Failure ends to a punishment:
1st time - 2 000 000 $ fine to a team and lost 1st round pick of next season (if isn't available, then next available)
2nd time - 5 000 000 $ fine to a team and lost next two 1st rounds picks (if isn't available, then next available)
I.2.1. Third mistake leads to a firing.
I.3. Team's roster doesn't have any limits at first season, because of unknown activity and amount of players.
I.4. If GM wants to step down, he can give his position to other user if Head Office accepts his apply.
I.5. If GM steps down, he can't be a GM for other team for next 2 seasons.

J.1. Each team have salary cap - 60 000 000 $.
J.2. If team spends more than their budget allows, team will be fined. A fine will be assessed toward the following season's budget, equal to twice the amount of the surplus
J.3. If team trades away player mid-season, they still have to pay full salary for this player.
J.4. GM's have to post their team's budget in a post on their team's subforum.

K.1. Player is inactive if he haven't done at least three activity checks in a row.
K.2. GM's need to do regression for inactive players.
K.3. Inactive free agents can't be signed to a team after trade deadline have passed.
K.4. Inactive player can be signed only for one season!
K.5. If inactive comes back, he can't change his salary, but he can go to other team next season as active player.

M.1. All trades must be agreed/accepted by the head GM's of both teams.
M.1.1. Assistant GM's can't accept or decline trades, unless, GM have gave him permission by making official announcment.
M.2. The heaad GM of one team need to post their approval of a deal in the trade thread.
M.2.1. GM from other team, need to comment by saying that he ''Accepts'' this trade or ''Declines''.
M.3. If a team trades a player, he can't return to their former team until next season.
M.4. Teams can trade salary cap, owned draft picks and players rights.

N.1. SHVL have 6 teams.
N.2. All 6 teams are in one conference.
N.3. All teams play 25 games in regular season.
N.3.1. Team gets 2 points for a win in regular time, overtime or shootout.
N.3.2. Team gets 1 point for a loss in overtime or shootout.
N.3.3. Team gets 0 points for a loss in regular time.
N.4. All six teams qualify to Play-Offs
N.4.1. First two places (1st and 2nd) qualify to 2nd round and semi-finals already.
N.3.2. Third, fourth, fifth and sixth place fights in 1st round to get to second round and semi-finals.
N.3.3. Third place plays versus sixth place and fourth place plays versus fifth place in first round.
N.3.4. In semi-finals regular seasons first place play versus winner from fourth and fifth place team duels winner and second place plays versus third and sixth place team duels winner.
N.5. Each Play-Offs round are best of the 7.
N.6. Winner of SHVL finals series receives virtual Champion trophy.
N.7. All games are simmed on NHL 19 simtool.

O.1. Rules can be changed at anytime.